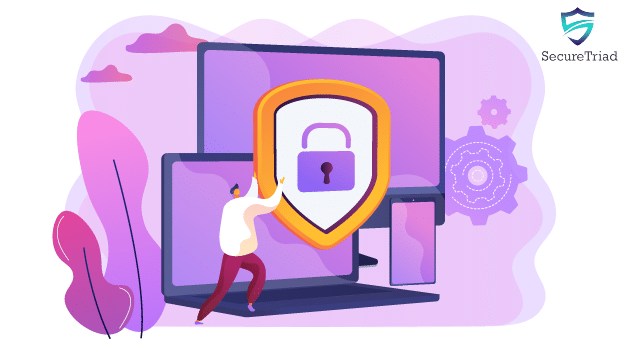 We hope that after going through the following, readers will have a basic idea about why cyber security is essential in 2020. They’ll also understand what the common types of cyber attacks are, and how tacking penetration testing services can help to prevent such risks.

What Is Cyber Security?

While multiple practitioners have different views and definitions, a clear explanation can be as follows. Cyber security refers to a set of practices, processes, and applications that are meant to safeguard digital data, networks, and computers from unauthorised access or harm. Such harm can come from both internal as well as external sources and termed as called cyber attacks. They are an evolving form of threat to organisations as well as individuals. These attacks target to destroy, manipulate, and compromise sensitive data stores.

What’s more, they can even lead to loss of financial and business secrets. A cyber breach in any business can be the cause of immense financial and reputational loss. In fact, you cannot gauge in terms of money alone the extent to which you can notice a setback in the business due to a cyber-breach.

It’s estimated that in 2018, close to 80000 Cyber attacks were carried out per day in 2018. That number alone is a testament to the need for cyber security in current times.

Who Is More Vulnerable?

When it comes to cyberattacks, anyone from private individuals to large multinational companies can fall prey to breaches. The news mostly ends up reporting large cyber attacks, like the Twitter hack earlier this year. However, smaller attacks and breaches mostly go unreported, since businesses don’t like to disclose the fact that their security has been compromised.

It’s often seen that small and medium businesses form the preferred target of hackers and cyber criminals. This is simply because small businesses also have sufficient amounts of customer data with them. At the same time, they don’t have access to the security infrastructure that large conglomerates can use. Naturally, this makes them more vulnerable to cyber attacks.

In this context, it’s essential to take a look at some of the common types of cyber attacks. That’s exactly the topic of our next section.

Some Examples Of Cyber Attacks

When it comes to internet and information security, attackers have devised a wide array of attack plans. The following are just some of the many forms which internet security threats can take.

Also known as a Brute Force Attack, this form of hack involves the perpetrators using multiple passwords and username combinations to hack into a system. This attack is usually carried out using automated attack software and online dictionaries from which the possible password terms are gleaned.

Brute force attacks work best when people use the same password across services. Also, another factor that contributes to facilitating brute force attacks is weak passwords using dictionary words. For this reason, users are recommended to use strong, alphanumeric strings when setting passwords.

A DDoS attack begins with the creation of a botnet, which is a network of computing devices that the hacker has taken control of. These systems are usually situated in geographically disparate locations.

DDoS attacks, though devastating in terms of operational efficiency, do not allow the hackers to steal any information. However, the of services can result in monetary loss for the target business. Hence continuous network monitoring is essential to ensure any unauthorised traffic is checked in advance.

This form of malware attack has gained prominence in recent times. Recent ransomware attacks of note were the WannaCry and NotPetya attacks. The attacker takes over the victim’s computer systems in a ransomware attack, thus gaining complete control over the system data.

The attacker then proceeds to lock the legitimate user out of the system and demands monetary compensation in return for unlocking the same. Ransomware attacks are sudden and undertaken through zero-day exploits.

Apart from the above three major attack types, there are many other cyber-security threats, such as:

Of these, the last two are mainly targeted towards exploiting the weakest link in the cyber security chain i.e., the human element.

How Penetration Testing Can Help

Penetration testing, or pen-testing as it’s popularly known, involves testing any IT system’s security from the perspective of the attackers. Pen-testing professionals work to assess a system from multiple probable attack points.

This enables them to get a clear idea of any possible gaps in the security infrastructure, which can then be addressed. Plus, penetration testing also allows security professionals to discover previously unknown vulnerabilities and plug them as well.

The current world is digital, and as time passes we are only going to be more reliant on cyber systems. This has led to a growth of cyber crimes, which makes cyber security one of the most important disciplines of the 21st century.

Using effective cyber-security principles as well as practices, businesses can achieve complete digital safety. At the same time, the discipline also leads to newer innovations in the field of cyber protection and attack prevention.

For all the above reasons, it’s essential that cybersecurity play a vital role in the IT strategy of every business.